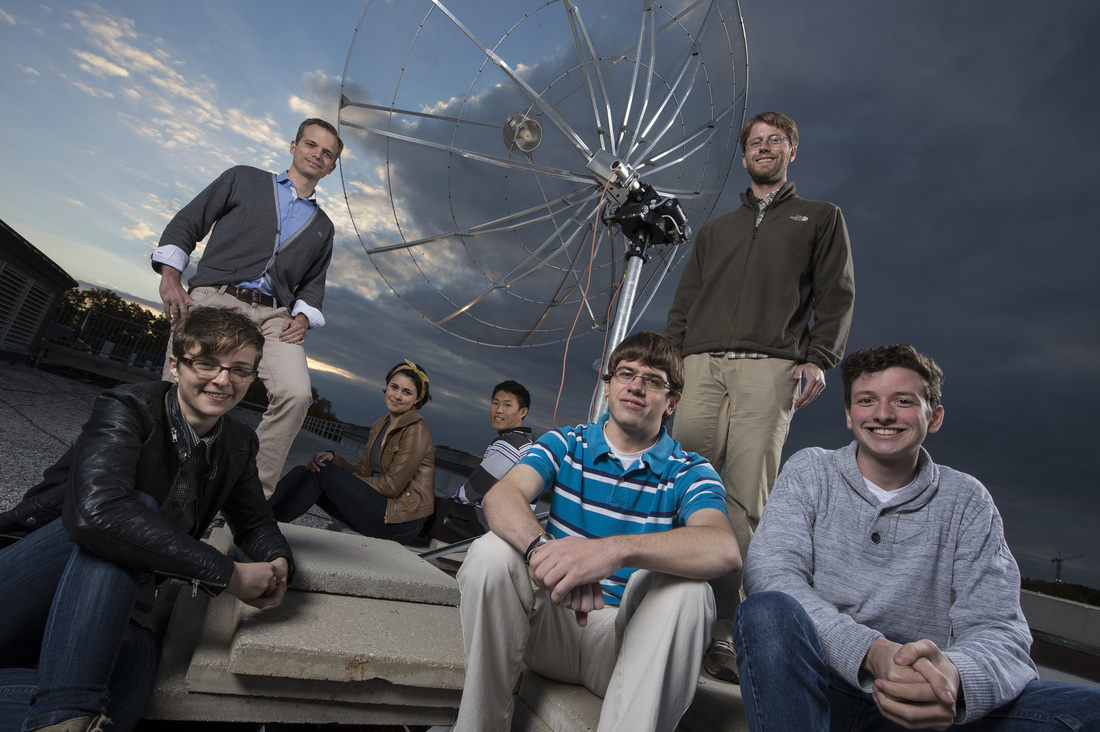 In the summer of 2013, I worked with a recent Johns Hopkins University physics undergraduate to build a small radio telescope (SRT), based on designs from the MIT Haystack Observatory. The SRT allows students from to map 21-cm neutral hydrogen emission on the sky. One of the really exciting things that students can do with the SRT is measure the rotation curve of the Milky Way, which gives indirect evidence of dark matter. Making this measurement with the SRT is now part of the required Advanced Lab course for undergraduate Physics majors at Johns Hopkins. I also worked with an area high school teacher to give students in his AP physics course access to the SRT.

In January 2014, I taught a three-week intersession course at Johns Hopkins University on radio astronomy. I taught an updated version of the course, now called The Radio Sky, during the subsequent three years, 2015-2017. In the course, undergraduates from a wide range of majors, including humanities and engineering majors, are introduced to our universe through observations in the radio region of the electromagnetic spectrum. The students are able to use the Small Radio Telescope at JHU to make their own observations of our galaxy and learn how astronomers learn about our universe.
Powered by